An injured Rat at our doorstep

Its been a while . gosh I realized I left my blog aside last evening on the way to AMK with the AK while conversing.

Just left no minutes even to bloggie for the last few days of work. Darn and finally, yahoo, I could take a breathe or two today.

We didn’t do much last weekend except eating drinking lazily around the home. While I’m at the home, one of the days when the AK and me were in the room lazily, the dogs were barking madly at the open gated door.

As usual, I thought didn’t bother me much until the barking was madly constantly insane. I had to take a peep.

Darn, true enough, there was a rat (AN INJURED) rat lying at the foot of my front porch right at the door!

Injured and squeaking away. And I was screaming for the AK. Benji barking and trying to mouth the rat! Nikki saw the whole commotion, ran underneath the sofa and HID… The AK took a rod and push the squeaking injured poor rat off to the outside of the door, at my front steps. Of course, while that was trying to happen, the ever smart act smart Benji tried either to BITE or mouth the RAT (either one) and …

THERE WERE CATS OUTSIDE.

So, we left the rat’s life outside, a little sore and poor thing, but it is still a rat. What can we do. We can’t sympathies with the whole living world. 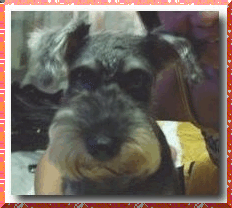