The latest movies we watched

metres of water pounding on me then at some scenes it was quite fake,

water pretend to carry them off. tsk tsk.

The Haunting in Conneticut 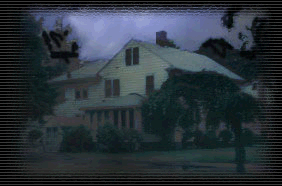 put Carmen Reed down by rebutting the truth of her story in the house,

then again, there is always people like that, just refusing to believe

in things till they experience themselves.

Carmen Reed the mother of the son who had cancer.

The Story: In 1986 Carmen and Al Snedeker moved to the small town of Southington,

Connecticut, with the purpose of being closer to the hospital at which their

oldest son was being treated for Hodgkin’s Lymphoma. Having

fallen on hard financial times, the family jumped at the chance to rent

what appeared to be the perfect house. It was large enough

for their family, which included three children and a cousin,

and the rent was in their affordable price range.

It was while they were moving in that Al made a startling discovery:

In the basement was a peculiar room that was complete

with embalming tables and tools.

The house, it turned out, used to be a funeral home.

Moreover, the basement, which was sectioned into several rooms,

was the only room deemed large enough to serve as the two boys’ bedroom…..